Blackwing pulverizes the 400 km/h !
The little jewel, all carbon, after a first appearance in 2015, made a remarkable return to Blois (French air show) last year, in a top level configuration, including retractable landing gear, Rotax 912S 100 hp injection engine, E-Props inflight variable pitch propeller Glorieuse, Garmin G3X full glass cockpit. It was the Blackwing 600RG model, intended for the French market with a maximum take-off weight (MTOW) of 525 kg.
At the AERO 22 show, the European version 635RG was presented, with an MTOW increased to 600 kg and especially a Rotax 915iS. With this engine block providing 40% more power, the Blackwing reached the incredible speed of 413 km/h ! Without any chauvinism, let’s bet that if the machine (Swedish) and the engine (Austrian) are for a lot, the propeller (French) is not for nothing. The Glorieuse, which was presented for the first time at AERO, also breaks a record in terms of weight: 4 kg for the complete system, including the propeller but also the spinner , the pitch control and the control box !
www.blackwing.aero 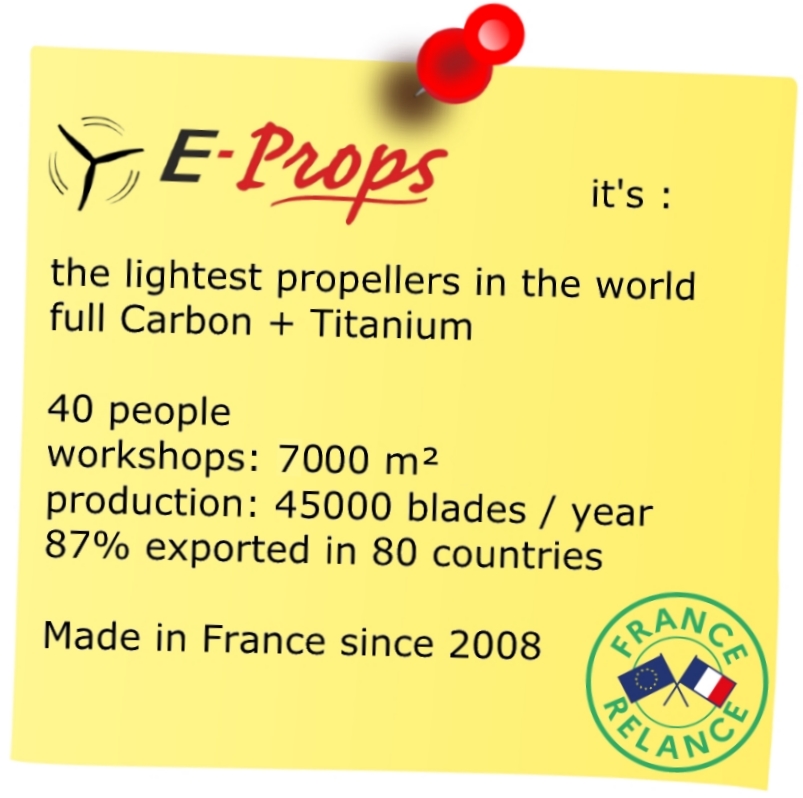